Recently a friend and I were out to lunch and he liked the salsa so much, he asked the waiter if it was for sale. The waiter said it was, for $8 a jar, but he could just have one. My friend asked for two jars, and when the waiter returned, he said they would be added to the bill.

Out on the sidewalk, my friend noticed he wasn’t charged. I could see he was conflicted, as he looked at the bill three times. We both agreed it was confusing as to whether the waiter intended to give it to him. I added the only way to clear it up was to go back, but he mumbled that he had been fully willing to pay, and thought he had.

A day later, he emails me saying, ‘stuff like this eats away at me, should I go back and pay?’  I said the fact that he’s been thinking about his $16 salsa for two days is the answer he is looking for.

Karma is a bitch named ________ (your name goes here). Because we know what is right, but sometimes we just don’t act on our instincts.

I asked my friend, ‘What would you teach your children to do?’

Every day, honest people return things that aren’t theirs and we hear how the person it was returned to was both surprised and forever thankful.

Recently, a homeless man returned a $4000 diamond ring to a woman who accidentally dropped it in his hat. People were so inspired by this story, he ended up with over $188,000 in donations. The publicity resulted in the homeless man being reunited with his family.

So what’s the lesson?

My friend did, calling back, Visa card at the ready.

Construction sites are a particular boon for street ‘mark making’. 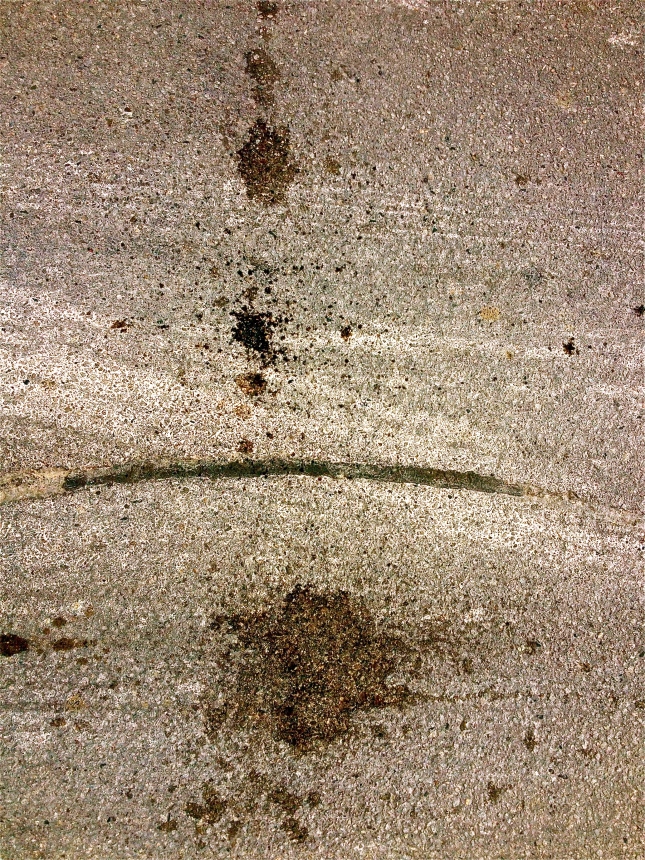 Living in the moment, by a mindfulness observing of what’s around me. In this case, photos of pavement, i-photo manipulated, to showcase the beauty lurking all around us.